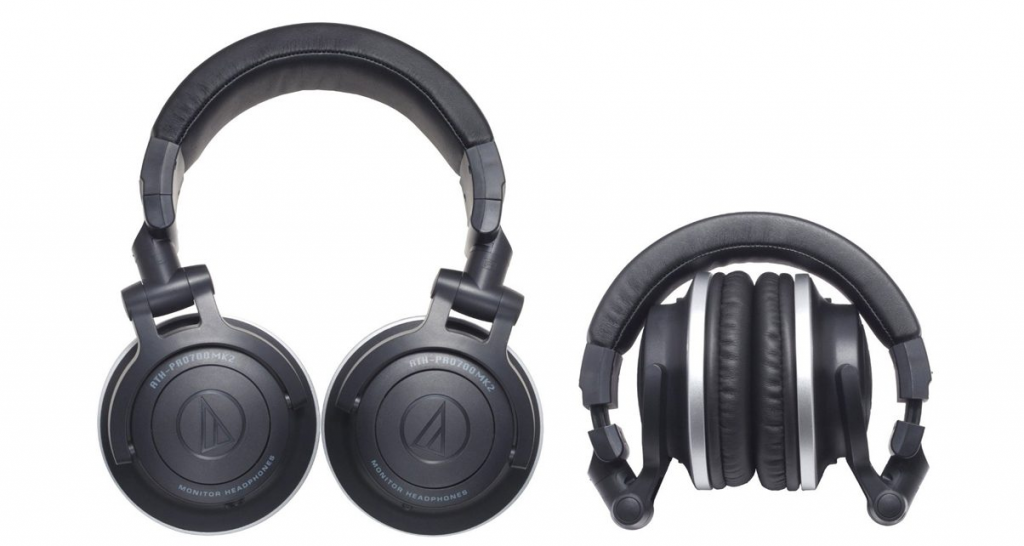 The Audio Technica ATH-M50x and Audio Technica ATH-PRO700MK2 are two highly rated ad recommended headphones and making a choice between the two can be difficult. This review clearly highlights their similarities and differences, which should help in making this choice.

If you have been looking for a great yet affordable set of headphones, then you have probably come across both the Audio Technica ATH-M50x and Audio Technica ATH-PRO700MK2. They are highly rated and reviewed, because of their trusted brand which assures the user of high quality and reliability. They are very similar, being from the same manufacturer, but have a few differences, since they are diverse models. It is these differences that allow them to appeal to different users. This comparative review aims to break their similarities and differences down, making it easy for a potential user to do an analysis and determine which set of headphones would suit them better.

This feature is key when it comes to selecting a headphone, because at some point of use, you will need to put them aside or pack them in your bag with the rest of your stuff. The ATH M50x and the ATH PRO700MK2 are both foldable, which giver additional portability by making them easier to pack. Beside this, the ATH M50x package includes a travel bag to pack it in, which is safe and attractive. It also weighs 285 grams, which is 20 grams lighter than the ATH PRO700MK2 which weighs around 305 grams, making it lighter. These factors combine to make the ATH M50x more portable than the ATH PRO700MK2

The Audio Technica ATH-M50x is a set of highly rated and recommended headphones. It has great sonic performance that allows it to appeal to both pro-audio users and engineers. It has large aperture drivers that are 45 millimetres paired with copper coated aluminium voice coils and earth magnets to ensure they give the best sound quality, while maintaining a sound pressure of 99 dB per megawatt, which is rather impressive. It has a wide frequency range between 15 Hz and 28000Hz, allowing it to have a great bass while maintaining a good sound level in other fronts. It has an over the ear design which gives it a surround sound effect while protecting the user’s ears from hearing damage. It is also foldable and has a detachable cable, making it easy to store. Its storage is made easier by the travel bag that is included in the package, which also makes it more affordable. It has 90 degree swivelling ear cups that facilitate easy ear monitoring, coupled with a high quality durable headband and ear pad material, making it comfortable and durable. The headphone set includes two pairs of detachable cables; a 3 meter coiled one and a 1.2 meter straight one.

The Audio Technica ATH-PRO700MK2 is a set of professional headphones that features the recommended and preferred over the ear design. It is both foldable and has a detachable cable, making it very simple and easy to store. It has an excellent and firm clamping structure like most DJ headphones. It also has a high quality and reliable finishing, making them light enough to be portable and comfortably worn, yet sturdy and firm enough to not feel fragile. It weighs 305 grams, which is okay for a set of headphones, making it light to use and fairly portable. Its most impressive feature would be its wide frequency range, from 5 Hz to 30000 Hz, making its sound louder, and giving it a very deep and clear treble. It has a sound pressure of 106 dB per megawatt, which is a little high, but still within the normal range for headphones. This sound pressure gives it a high maximum volume.

The Audio Technica ATH-PRO700MK2 and Audio Technica ATH-M50x are two great pairs of headsets, with a wide range of similarities, probably because of the similar manufacturer. They however have a few differences, as highlighted in the review, which is the reason they appeal to different users. However, despite these differences, they can be said to be equally good and reliable sets of headphones.

The Audio Technica ATH-M50x is the better pick because it is 20 grams lighter, has a straight plug and includes a travel bag in addition to having overall better functionality.

Do the Audio Technica ATH-PRO700MK2 work with say, a PSP or an IPod, things like that with the small plug in adaptor?

Yes, they should. This is because they have a regular size plug that fits conventional headphone connectors in addition to having an extension cord that allows them to connect to a slightly larger size headphone adapter.

Do the Audio Technica ATH-M50x leak a lot of sound?

The do not. These headphones offer a lot of sound isolation because they hold sound in very well using the standard ear cups that are included with them. However, they can be a little noisy at maximum volume, but not significantly so.