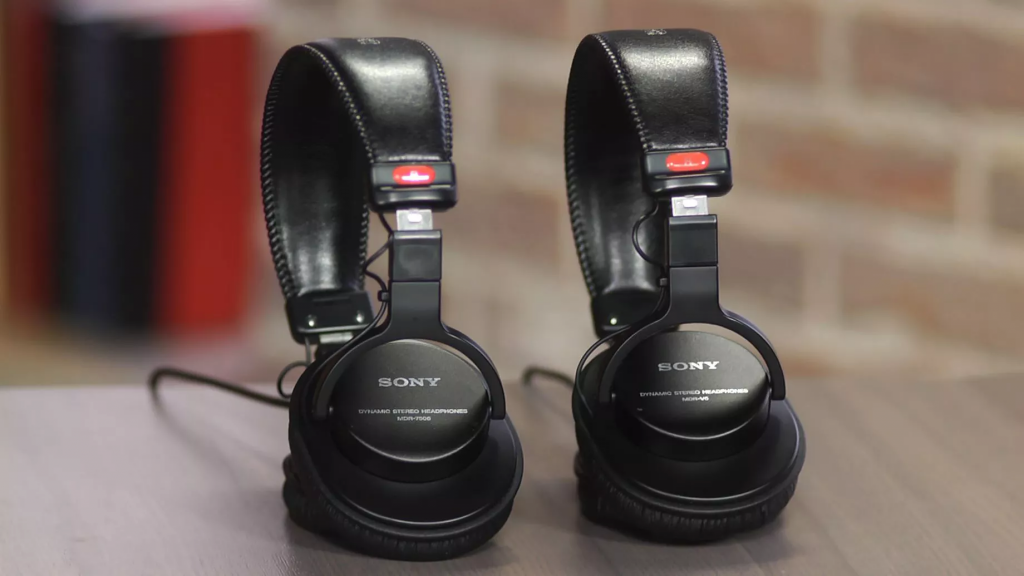 The Sony MDR series has produced some of the best headphones in the market. Which one between that MDR 7502 and MDR 7506 would be the wiser buy?

The Sony MDR 7502 and the MDR 7506 are two amazing headphones from Sony. The MDR 7502 came first and was the trendsetter that birthed the MDR 7506. This is the reason why they have similar features and functionalities, making them often compared against each other. They appeal to different users, with the MDR 7506 being widely used in production sets and work that involves high power usage and the MDR 7502 being preferred for personal use for both adults and kids. This comparison review should help you pick the one between the two that would best suit your needs.

The Sony MDR 7502 headphones have a super-aural ear design. This design directs sound straight into the ear canal, which makes the listening experience feel less natural and similar to earphones. On the other hand, the MDR 7506 has a circum-aural design which gives the user a ‘surround sound’ feeling. The MDR 7506 has better ear design because of its better quality sound delivery, which has less damage to the ears.

The MDR 7502 weighs 142 grams while the MDR 7506 weighs 221 grams. This difference in weight for the MDR 7506 is offset by its easily foldable nature, making it easy to store. However, one could argue that the MDR 7502 is easier to use because it is lighter and would result in less strain on your head as well as less addition to your carry-on load.

The MDR 7502 has a maximum power handling of 500 megawatts, while the MDR 7506 has the same of 1000 megawatts. This is aside from their individual power requirements, which is not specified, although the MDR 7506 should have a slightly higher power draw because of its higher impedance. In this case, the MDR 7506 is better because it can handle up to 1000 megawatts of power without blowing out or otherwise getting damaged.

The Sony MDR 7502 is an impressive set of headphones with a 30 millimetre Driver unit. It has a closed-ear design with wrap-around leather-covered cushions that are intended to reduce external noise interference while preventing sound leakage, making it suitable for use in both quiet and noisy environments. It has a 3-meter coiled connecting cord, which gives the user a wide range of flexibility, with its coiled nature making it easy to manage in the case that the full length is not required. This set of headphones is extremely light at 145 grams, making it easy to carry around and comfortable to use… It has the signature Sony stereo UniMatch plug which allows it to be used for both 1/8 inch and 1/4 inch applications.

The Sony MDR7506 is a set of professional headphones, ideal for use in recording studios, production, newsgathering that is electronic and even at home, for personal use. It has a closed-ear design which is built to ensure that there is the minimum to no sound leakage, regardless of the user’s volume and sound settings, in addition to reducing external noise interference. This feature makes it ideal for use in either a quiet area, without making any noise or a noisy and crowded area with no interference in the hearing quality. It has a rugged design coupled with a folding construction style which makes it very reliable as well as easy to fold and store. It has a 2.9-meter long coiled cord, which makes it convenient to use and store, without trouble, since in its natural coiled form, it is rather short and will not tangle unless it is stretched. Its storage convenience is increased by the soft protective storage case included in the package. It has a stereo UniMatch plug that allows it to be used in both 1/8 inch and ¼ inch applications.

Sony outdid themselves with the MDR 7502 and 7506. They are both good quality and highly functional sets of headphones. The MDR 7506, being released after the MDR 7502 has better features and overall functionality. However, this does not imply that the MDR 7502 is an unimpressive product because it would still appeal to a certain user.

The Sony MDR 7506 has a wider array of features in addition to having a higher sound impedance and design and construction that is easier to use, making it the better pick.

Is the Sony MDR 7506 comfortable to use?

Yes, the pair of earphones is reasonably comfortable to use. This is because it is adjustable to your head size and has a long cord, allowing you to move about freely. Its headband also has a bit of padding to ensure that it doesn’t cut into your head. However, it is still not as comfortable as a wireless set because complicated motions could end in the cables getting tangled or pulling your device or headphones.

Does the MDR 7506 have a volume control on the headset?

No, it does not. It uses a standard headphone jack, and comes with an adapter, allowing you to control its volume only from the playing device.